For all those who participated in the #GogeAfrica20 Writing Contest and have been wondering who the Writing Contest jurors are, wait no more! Here are the profiles and faces of those saddled with the responsibility of selecting our creative writers in concordance with the laid down pre-competition guidelines.

June Wainaina had a career in IT after graduating in a Bachelor of Science degree in Statistics and Computer Science from Walter Sisulu University. A subsequent diversion saw her focus on Public Relations and Marketing with strong leaning on communication. Specifically, the generation of a three-thousand member email database and it’s subsequent linkage to the relevant website. June established hitherto unheard of poetry and other “reading” events such as the monthly Kwani? Poetry Open Mic and Sunday Salon (Nairobi chapter). She also helped organize the inaugural Pan African Literary Festival(PALF) in Ghana.

In an effort to support her (then) teenage son’s career, at the time an O-Level Drama student and lead actor at Brookhouse School, June attained a Certificate in Camera, Lights & Sound from Mohammed Amin Film School in Nairobi. After a brief stint of both television and film acting, June is now establishing her career in film production.

An active Rotarian, June also enjoys cooking and entertaining guests at home when she is not traveling.

Deborah A. Wright is a retired Reference Librarian/Administrator from the College of Charleston’s Avery Research Center for African American History and Culture (Charleston, SC, USA). She was born in York, South Carolina, and grew up in Brooklyn, New York, USA.

She received a Bachelor of Arts degree from the State University of New York at Albany.  As a university student, Deborah participated in language and history study abroad programs in Mexico and in Puerto Rico.  Additionally, she has traveled in West Africa to Ghana, Liberia, Togo, Ivory Coast, Senegal and Benin.  She has also traveled in the Caribbean (West Indies) to Barbados, and notably on multiple research trips to Jamaica, West Indies.

Prior to working at the College of Charleston, Deborah was a Public Educator and Field Office Administrator for the Office of Public Education and Interpretation of the African Burial Ground Project in New York City, USA.  Deborah has done extensive research on African American music and has written Jazz music appreciation curriculum for alternative schools in New York City. She recently served as Associate Editor of The South Carolina Black History Bugle, an educational resource magazine for elementary school students.  She serves as Editor of the Avery Messenger, the College of Charleston’s Avery Research Center’s news magazine.

Deborah is a co-founder of the Charleston Remembrance Program, which for the past twenty-one years, has hosted programming honoring Africans who perished DURING the trans-Atlantic slave trade’s Middle Passage. She is a member of The International Coalition to Commemorate African Ancestors of the Middle Passage (ICCAAMP) established to organize activities designed to remember the millions of Africans who were sold, kidnapped, shipped then died along the route from Africa to the Americas.  She worked with Goge Africa during their early formative years, hosting networking parties, conducting interviews and writing articles for the magazine, and generally promoting the Goge Africa mission. 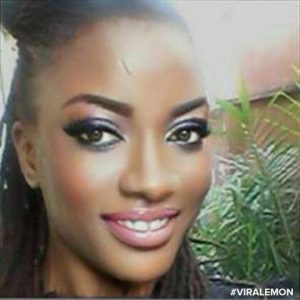 Tracy Osokolo is a Creative Writer and Author of “Red Pepper and English Tea” (Award Winner for Best New Fiction). She inspires change through Writing and Entrepreneurship. At 19, the Commonwealth of Nations sponsored a documentary about her life for British and Nigerian Television.  She is a recipient of the 2012 ANBUKRAFT Award for Creative Excellence in Literature and the July 2008 Creative Writing Scholarship of the PALF at New York University.

She was a Resident Writer at the 2012 London Olympics and a Writing Fellow of the Farafina Trust Creative Writing Program, sponsored by Chimamanda Ngozi Adichie. She is a World Bank Scholar and McKinsey Next Generation Women Leaders Award Finalist. She lives in Lagos with her husband and children, where she is currently enroute to a PhD in English.

As a Writer, Producer, Actor, Lillian has several nominations and awards to her credit. After youth service in SPDC Lagos, Lillian joined the private sector where she spent 15 years before resigning in 2005 after a five-year stint with Fidelity Bank PLC where her last role was heading the Private Banking Unit. She owns and runs New Dawn Productions Limited and is currently the Chief Operating Officer of Nigeria’s Premier Lighting and Events Management Company Zmirage Multimedia Limited, owned and managed by technical theater expert Olateju Wasee Kareem.

Lillian was a lecturer in the English department of Nnamdi Azikiwe University Satellite Campus in Lagos under Prof. Agwonorobo Eruvbetine as Head of Department from 1999 to 2001. She has retained her interest in the education sector over the years acting as a judge, mentor and speaker at several youth focused events such as University of Ibadan Havana Festival Students union lecture in 2010, Nigerian Economics Students Association (NECA) of Obafemi Awolowo University Leadership Qualities in Entrepreneurship Development (LQED) program in August 2018, Actors Guild of Nigeria, Lagos State Chapter members training in 2018 and Girls Day Out with Oyinkan (GDOW) in February 2017 to mention a few.

She has featured in notable productions including Out Of Bounds, Hit and Run, Cyberia, The Valley Between, The Head of State, Four Fathers, Wife Hunter, Deep Ends, MNET’s Doctors Quarters, Tinsel and Hush.  Lillian’s stage credits include a queen for Domingos produced by Aboyowa Ikomi, Imaguero directed by William Ekpo and Joseph and the Amazing Technicolor Dream Coat produced by Ike Eseka.

Lillian has produced The Triangle, She Devil, Sweet Revenge, Jungle Ride, Runs, After the I’Dos and the yet to be released My Grandfather’s Wife . She also produced from inception the first 6 seasons of the Zmirage Multimedia Ltd.’s four Country International Cultural Exchange tour Preemptive Seven, which metamorphosed into the Open Door Series Project WS. This International Cultural Exchange Project in honor of Professor Wole Soyinka just finished its tenth season with Lillian now in the role of Consulting Producer. Lillian also produced The Ogun State Culture and Tourism documentary and The Health Zone which premiered on Channels Television in April 2015.

Lillian’s first novel “Echoes of a Heartbeat” was shortlisted for the ANA 2011 prize in women writing. Her second novel “Dreams of Yesterday” was released by Krafts Books in April 2015. She is currently working on her third book.

Lillian is a member of The Nigerian Institute of Management (NIM), a Director of Audio Visual Rights Society of Nigeria (AVRS), a past (2 term) Vice President of the Association of Movie Producers of Nigeria (AMP), current chairperson of Federal Government College Warri Old Students Association (FEGOCOWOSA) Lagos Branch and Executive Director/Co-Founder of Women in Entertainment Advancement Network (WEAN). A KUTH ambassador, ambassador for Niola Cancer Care foundation and a firm believer in the saying “this too shall pass”, Lillian’s motto is “Life is short so live it to the fullest.”

Temitayo Olofinlua is an award-winning creative writer and editor who calls herself a content busybody. Her first and second degrees are in Literature-in-English.

She is currently a Ph.D. student at the Institute of African Studies, University of Ibadan.

Dr. Chris Anyoku is an associate professor of English at the University of Lagos, where he teaches Poetry, African Literature and Theory of Literature. With over 20 years span in the academia, he has supervised hundreds of undergraduate and master students and currently supervising 5 PhD theses. 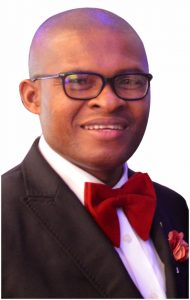 Azuh Arinze is the Publisher/Editor-in-Chief of YES INTERNATIONAL! Magazine and Convener of the YES INTERNATIONAL MAGAZINE ANNUAL LECTURE. He served as the Editor of ENCOMIUM Weekly between 2003 and 2011.

Before that, and as a 26-year-old, he had edited REEL STARS Magazine. He has a Higher National Diploma (HND) in Mass Communication from the famous Institute of Management and Technology (IMT), Enugu and a Bachelor’s Degree in Public Administration from the Lagos State University.

Azuh was named AFRICA’S BEST ENTERTAINMENT WRITER in 2010 by the organizers of African Film Awards UK. He is a member of the Nigerian Guild of Editors, Guild of Corporate Online Publishers, Rotary International and AES Excellence Club and has attended certificate courses at PMA-Press Association, in London and Pan-Atlantic University, in Lagos, Nigeria.

Married to Nkoli and blessed with two adorable children, Nmesomachukwu and Nekenechukwu, Azuh, who is also a member of The Order of the Knights of St. Mulumba, enjoys reading and singing, and plays Ambassadorial Roles for Federal Road Safety Corps (FRSC), National Drug Law Enforcement Agency (NDLEA) and Lagos State Government (Ministry of the Environment).

A bestselling author, his first three books, THE CEO’s BIBLE (1&2) and TESTED AND TRUSTED SUCCESS SECRETS OF THE RICH AND FAMOUS, are still being talked about. His fourth book, SUCCESS IS NOT SERVED A LA CARTE, will be presented to the public in 2020.