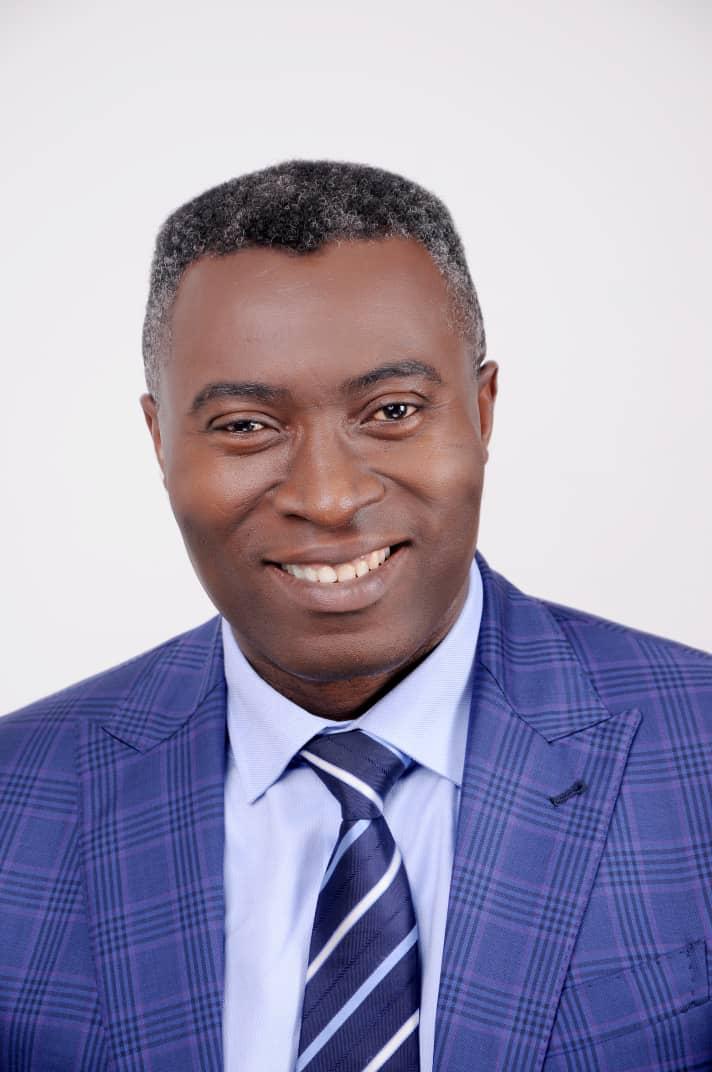 Against the backdrop of unending negative news coming out of Rivers State, Vanessa Obioha reports that creative consultant, Yibo Koko, who superintends the carefully-structured Rivers State Tourism Development Agency(RSTDA) as Director General and Chief Executive Officer by the Governor Nyesom Wike administration is pushing for a N100-billion grand scheme that is set to change the narrative, using culture and tourism.

It is difficult to stamp a single title on Yibo Koko. To some, he is one of the top comedians who gained fame on the Opa Williams’ ‘Nite of A Thousand Laugh’ show and publicized the musical comedy genre. To another set, he is a prominent filmmaker with movies such as ‘A Clean Woman’ which fetched him accolades including an Outstanding Achievement in Film Making Award at the 42nd Brooklyn Arts Council International Film Festival, Long Island University, New York.

In the creative space, he goes by a slew of titles: concept designer, creative consultant to mention a few. Perhaps, the most popular appellation that people easily connect with is a dramatist.

The graduate of Theatre Arts from the University of Port Harcourt, who was once head of Production, African Magic MNET West Africa, is famous for his theatre productions, particularly ‘Seki’, the dance drama which Koko created and directed 23 years ago.

The drama was originally performed as Owu-Amapu-Ti and had its first showing at the Muson Centre, Onikan, Lagos on May 27, 1998.

‘Seki’ has over the years become an identity, a badge of honour for the Niger Delta region, traversing different cultures to bring to the stage the spectacular colours, clatter and culture of the riverine region.

It was the preferred choice for the 2018 Africa Magic Viewers’ Choice Awards (AMVCA) opening performance, and when the company wanted to entertain and educate its Big Brother Naija contestants last year on Nigeria’s rich culture, ‘Seki’ was the best option.

Beyond the drama and splendour, ‘Seki’ is multilayered with historical themes.

“Seki as a dance form is designed to elicit in the audience a nostalgic feeling of pristine proportions,” he explains. “To achieve this objective in design, the scripting of Seki, took into cognizance the traditional ethos of the Ijaws, Igbanis, Ikwerres, Ogonis, Ogbas, Egbemas, Ndonis and others of Old Rivers state in the Niger Delta area of Nigeria.

Select distinct dances and songs, masquerades displays were put together to retell a narrative almost obfuscated by the vagaries of modernity as expressed in pop culture, etc; which almost annihilated or rnder extinct the rich cultural mores of a people vibrant for their allegiance to their cultural heritage.”

A notable draft of history presented in the drama is the origin of the American tap dance. Koko argues that the dance which was popularised globally by African Americans, in the salty 19th Century, originally came from the old Rivers State in the Niger Delta Region of Nigeria with the use of the Igbiri (traditional rattle).

“The unique sound that issues from the Igbiri transcends the American antecedence of the tap dancers’ shoes historically,” he says.

Dance is inarguably deeply ingrained in Koko’s DNA. It is not unlikely to find him giving tutorial classes on cultural dances on social media. However, with ‘Seki’, the dramatist’s ultimate goal is to change the narrative of the Niger Delta as an area rife with militancy.

“Ostensibly, the Niger Delta question has moved from rhetoric and is gradually assuming historic proportions,” he argues.

“The narrative of the region has generated and dominated discourse in different fora with stakeholders, gatekeepers and concerned or interested citizens proffering solutions or proactive measures toward addressing the issues confronting the region.

“One of the early forms of agitation was intellectual (dialogue) which threw up issues of resource control, 13% derivation and fiscal federalism. Despite these proposals, one of which was approved — 13% derivation — coupled with the establishment of the Niger Delta Development Commission and the Ministry of Niger Delta charged solely with the development and deployment of the resources derivable from the region for its overall benefit and development, these rather gave rise to violent agitation, resulting in pipeline vandalism and illegal refining of crude.

“These activities have further destroyed the ecosystem in this region. It is bad as it can be, presently. But one can only imagine what the future holds for our children. A journey through our communities and creeks would tell the story of a future that awaits us.”

The more he ponders on the devastating state of his region, the more he queries past actions.

“Wither the humongous sums already released over the last few years for the development of the region? How and for what were these monies deployed into by our leaders? One-kilometer roads that last but for a season and breakdown due to poor quality work? Or the servicing of political appointees?”

He adds, “However, as a region, we must be real with ourselves to say; we are miles behind in terms of development (structures and infrastructure). Blaming it on the difficult ‘terrain’ would not suffice.”

The urgency to change that perception which in recent times is on a lower level has notched up since Koko was appointed the new Director-General; Rivers State Tourism Development Agency (RSTDA) on January 2.

It is not the first time he is working with his state government. He was the creative consultant to the Rivers State Ministry of Culture and Tourism conceptualizing and designing the rebirth of the state’s carnival popularly called CARNIRIV in 2008.

With his new appointment, Koko didn’t waste time rolling up his sleeves. He rises before the sun, crafting creative ways to market Rivers state, the drilling well of most oil companies in the country to the world. Not even the capricious coronavirus pandemic which has an adverse effect on tourism globally intimidated Koko’s fired up ambition.

The stage performer devised ways to promote his cause, leveraging on social media to hold conversations that will advance his mission. Koko is convinced that the effective way to heal the bleeding region is to advance the creative economy.

“From the foregoing, it is fundamental to note that whereas the Niger Delta is blessed with numerous cerebral minds, we seem not to have made the most of these intangible assets. To that end, we have thoroughly considered solutions preferred and assessed their impact and concluded that in this age and time, violent agitation should give way to the Creative Economy (Green and Blue Economy). This concept is hinged on the fact that globally today, it is the knowledge capacity, not so much of natural resources that holds sway,” he states.

He is convinced that tourism in Rivers has the potential to generate over N100 billion with the possibility of expanding to trillions of naira in a few years.

Koko takes his new assignment very seriously and he is throwing all the wealth of knowledge that he has acquired over the years into it. Because of his understanding of Governor Nyesom Wike’s drive to diversify the economy of the state through exploration and exploitation of the abundant money-spinning potentials in the state, Koko has chosen to run with the governor’s vision by aligning with the revenue base financing stimulus programme.
He is convinced that revenue based financing is the most progressive economic stimulus instrument to reboot tourism to boost the IGR –profile of Rivers state by up to 50 percent.

RBF is basically an investment vehicle deployed by financial institutions (banks) to finance bankable marketplace commodities, in this case, the Rivers State Tourism Development Agency (RSTDA) presenting culture and tourism commodities from each of 23 Local Government Areas that make up the state.

In his calculation, Koko is targeting 10 culture and tourism products per local government area for a guaranteed return on investment.

He explained, “It is not a loan or a grant, it is simply a marketplace fiscal instrument using shared revenue-partnerships to deploy strategic commodities with a high profitability profile for the investing partners. The RSTDA –Revenue based-finance strategy drives 10 commercial banks to finance 10 tourism commodity marketplaces with N100 Billion economic stimulus across a four-year structured investment framework at a guaranteed 100% revenue rate of return).”

So how does it work? Koko has assembled a team that will create arts and culture tourism –marketplace mobile app, called ‘Tourivarian’. With this in place, they will deploy 10 commodities across 50 weeks of mobile ‘tourivarian festivals to connect two million smart culture citizens in Rivers state. This will generate in excess of N500 billion as tourism marketplace revenue.

So, will the money come from the state government? “No!” Koko stated emphatically. What he needs is the start-up fund, tools and equipment for the agency. The good news is that his scheme may be a major plank of Governor Nyesom Wike’s plan to reform restive youths.

He supports his proposed solution with studies that postulate that there is a decline in the production and investment in Nigeria crude oil production due to oil theft and insecurities.

For long, the creative industry has been relegated but since its rapid growth in the past few years, including contributing to the Gross Domestic Product of the country, there’s been an increased interest in Nollywood that was acclaimed the second biggest employer in Nigeria by the International Monetary Fund (IMF).

With oil losing its relevance in a pandemic ridden era, Koko’s proposal for a creative economy might be welcoming to pundits who have for long campaigned for the revival of the arts scene in the state.

Though the creative artist has been actively engaging informed persons from different parts of the industry on Instagram with the RSTDA Chats, he is using his ‘Seki’ dance as a touchpoint to promote his cause.

“We have pioneered and pushed a fresh narrative for the region through the Seki Dance Drama in what we style ‘Creative Economy: A Region Beyond Oil,’” he says.

“Through our performances thus far, we have proven that the majority of youths who have become cheap recruits for oil bunkering, cults, kidnapping and political thuggery can be creatively engaged and their latent talent harnessed.

“We have discovered that the creative industry is a huge canopy that can accommodate all manner of professionals from administrators, engineers, marketers, accountants, designers, to make up artists. This can also ameliorate the unemployment rate among a teeming tribe of graduates,” he explains. 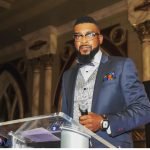 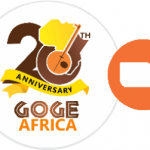